Importance Of Having Solid SOWs For Creatives & Entrepreneurs

Rewind almost 8 years ago. I had won a pretty significant sized project, which would have yielded the agency I owned at the time an almost 50% profit margin (unheard of in the agency space).

We were off and running with the project when we quickly realized we were burning through hours, and not satisfying the clients requests and needs.

I felt as though we were stuck between a creative rock and a marketing hard place.

Can you relate to this? Does it sound vaguely familiar?

Especially the part where the client kept adding requests to the project while the budget and timeline stayed the same. This is called scope-creep or project-creep, which is a nightmare to deal with.

We were quickly in over our head.

For a number of reasons, but what it really all came down to was, we didn’t write a clear Scope of Work (SOW) that outlined a timeline, milestones, process, expectations, and goals.

Ultimately, we ended up losing close to 15% after all was said and done. So much for that 50% profit gain, because in the end… it cost MEmoney to finish the project.

WTF is that about?

So moving forward, I knew it was important to write clear SOW’s that outlines the entire process from kick-off to final delivery.

This way, I could always refer back to the SOW when a client asked for anything outside the scope.

I can’t even tell you how many times being able to refer back to the scope has saved me hours and money along the way. Because no matter what, even after having meetings to walk-through the SOW before both parties sign, even after having kick-off meetings to walk-through timelines, milestones, and goals, some clients still need try to take advantage of you.

Ah, well, you can’t blame them, sometimes they just don’t know any better. That’s why it’s important to have a clear cut SOW to refer back to.

And that’s why it is so important to master the art of proposal and SOW writing.

So your company doesn’t…

After losing a TON of money and potential clients just because I had a terrible SOW process, I finally said enough is enough. I spent months researching and split testing different proposals and SOW tricks and ultimately cracked the code.

I found out that I was not the only one having these problems.

I found out a TON of my close colleagues and business partners were struggling with this as well.

So what I did was put together what I now call the “Master SOW Template” which is literally a template of my scope of work and presentation that I use to close clients every single month now.

I even went as far as providing it to a few of my friends to help them out and the results have been staggering.

In the end, it occurred to me that while there are plenty of great designers, bloggers, musicians, marketers, and creative hustlers out there, what set the successful ones apart from the rest is they manage their time better by knowing their processes and clearly articulating those processes in their SOWs.

Good SOW’s leave no room for error or misinterpretation and they are often the difference between making bank, or loosing your business altogether.

So, if you’re having trouble with writing a scope of work or proposal to a prospective client, please, do yourself a favor and download my SOW hacks below! 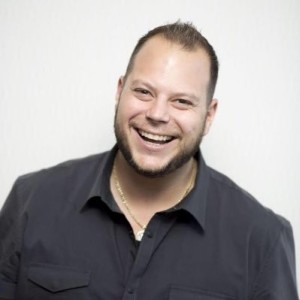 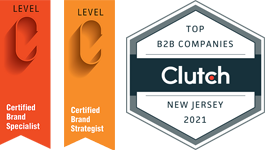 And increase revenue by keeping all your brand touchpoints consistent